What was your introduction to electronic music?

I think that it was symptomatic of growing up relatively isolated in South Carolina and turning to the internet to find a niche. I fell into a rabbit hole of electronic post-punky stuff and 90s Midwestern performative experimental/noise, much of which I sort of traced back to The Residents. Was listening to a lot of Stereolab and Boards of Canada, and later lots of shit I found from 90s and early 2000s IDM, trip-hop DIY comps and mixtapes, which led to my techno psychosis. I was drawn to the cult of it all. I did listen to electronic music earlier at a different capacity. My mom's friend DJed at this alternative rock radio station 96 wave, she would always put it on and I listened to that exclusively since I was a kid. Was always attracted to the more electronic stuff or heavily effected guitar bands.

That’s sick, my mom only listened to Gershwin. What has changed since you moved from Boston to New York for you?

I think the amount that I play out has sort of changed things, my set develops at an accelerated rate and I create and record and throw out more material. The amount of shows that I go out to see also drastically increased when I moved. I feel for me there is a lot more tension here.

Yeah. Boston was a really great breeding ground because I could be, maybe, more free in the sense that I could find my flow and my sound even if that meant performing a few shitty projects along the way. Here, there are a lot of currents going a lot of different ways. It’s really interesting, I guess, to navigate them. To help to push them, ride them, move between them. 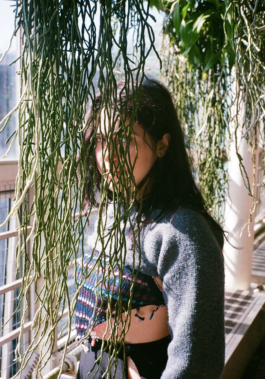 What are some important artistic connections that have developed in the past few years for you?

Yeah, of course Nik [Bookworms] has been influential to me. Our band Asthyna has been a positive undertaking for me. We both take what we synthesize working together to our personal projects and vise versa. BANK Records has been really cool, too. That whole crew. Primitive Languages too. And No-Tech. The people I’ve clicked with that I've met here and in the North East ‘freak scene' have been really inspiring to me in general. It's really hot a lot of the time, like a hot signal, the creative outpourings. Very inspired by another project Hesper I'm working on with two minds I really respect – Jamie (James K) who plays her Prophet 6 and effected vocals, and Eve Essex, who plays effected sax, flute, bells and synth. I'm kind of the drummer [laughs]. I have been lucky to interlock with many sorceresses who work in music and other creative mediums.

When did you start Via App in its current iteration, and how has it changed as you’ve moved forward?

I started playing under that name when I lived in Boston. I think it’s moved towards a more nuanced narrative ground that gives a little more information. It’s sort of a body chronology, a motion towards dynamism. Where I was before, I took a more collage-y, heavily sample based approach. I'm synthesizing more now. And I often tried to avoid club tropes, now I'm more open to using them as instruments with which to make something seriously uncanny and fucked up. 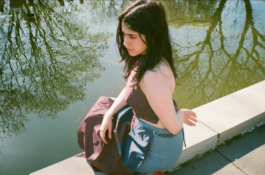 What do you consider as narrative?

I think as I started writing sets in the way that I do now, I started thinking about them as stories or trips in how the different sections relate to one another aurally and referentially, and I also think of micro-narratives within each part. In a way I think of sounds as characters or subjects interacting.

I like to depict alternate realities that are based on our own, songs of upheaval and regeneration. Or mutant interpretations of our reality – stories of mania, complication, curiosity, limitation, processes of relating to one another. I think the music's decoding can be personal to who's listening too, and it continues its life after it's played and received. 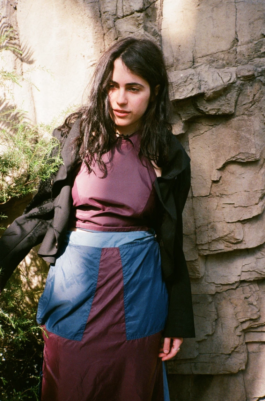 What does your creative process look like? Do you find that you sit down and chip something out or is it more of a long-term, bit by bit kind of thing?

It’s always changing, my process is always changing. I don’t usually go in with too defined a plan, and I'm sometimes at the whim of whatever I'm channeling and when it decides to make itself known. It's a lot of experimentation. Lately I will just make a hoard of sketches and sprout from the ones I want to.

If you could have stagewear designed by anyone, who would it be?

That should happen, would be very cool. Who are some of your personal style icons? 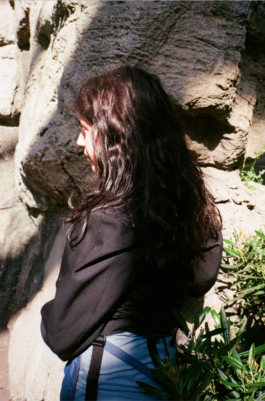 Last but not least, what has been your favorite show you’ve done during your travels?

The one that comes to mind first is the House of Mixed Emotion (H.O.M.E.) party in Zurich. When we first got there I couldn't believe how small the room was, a smoking bar, I really couldn't fathom how everyone was going to fit in there. But it started filling up like a clown car and it became apparent that people were there to freak out. The room was totally pulsating especially because of its size. People were hanging on the rafters, piled on top of each other vertically it seemed, no talking, only relentless dancing and screaming, and they were just hanging on every motion in the music, and influencing what I played. I ended up playing two sets, two hours. The House of mixed emotion DJs R.A.T and Wof played acid and gabber all night. It felt like no one left the room once. 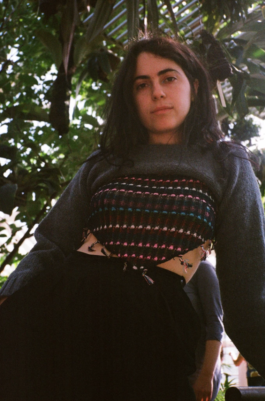