I Remember I Have Friends

I remember I have friends.

I call them but they don’t pick up their phones.

We had a lot of celebrations.

My friends were seemingly pleased and happy.

It was dusk and the lights were out.

I was absolutely terrified as I danced around in the dusk.

My friends and I passed a pool hall where the men weren’t cherished by society.

A man thrust his crotch my way.

The man told me to fuck myself.

Apologize to my friend

(slurring) No, I’m not going to apologize to your friend

(pulls her sunglasses down and whispers to the man in disbelief) You’re not going to apologize to my friend?

A day later she broke her leg and moved to New York City.

That’s the spirit. Break your leg and leave Chicago.

No response for days.

I have rejected and I have been rejected.

My childhood best friend, William, and I jumped on the trampoline in my backyard. He told me he had a crush on a girl but he knew she would never like him.

“You should tell her,” I said.

He pointed at me.

It was that easy.

Years later he emailed me to tell me he planned to marry our mutual childhood friend who lived two houses down from me.

I am tired and I don’t feel the need to explain myself to white people.

When I was five years old I step onto an elevator and a white man yelled at me to wait my turn.

“You people are so rude,” he hissed, “You wait your turn.”

You people are so rude.

You wait your turn.

People are so rude.

I am tired of white people who feel the need to explain “blackness” to me.

I don’t care how many books a person reads or how many friends of color a person has. The person will never understand, never see the second sight or the double consciousness.

Diamond Stingily is an artist and writer from Chicago, Illinois living in Brooklyn. 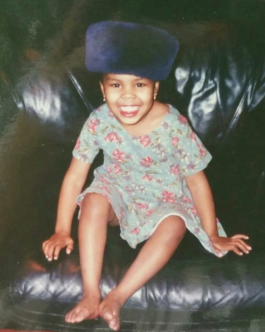