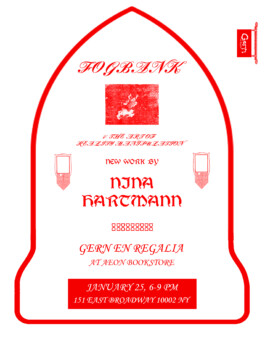 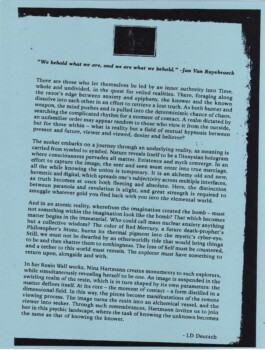 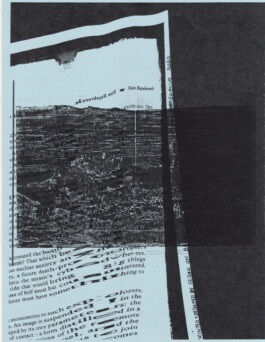 “We behold what we are, and we are what we behold.” –Jan Van Ruysbroeck

There are those who let themselves be led by an inner authority into Time, whole and undivided, in the quest for veiled realities. There, foraging along the razor’s edge between anxiety and epiphany, the knower and the known dissolve into each other in an effort to retrieve a lost truth. As both hunter and weapon, the mind pushes and is pulled into the deterministic chance of chaos, searching the complicated rhythm for a moment of contact. A realm dictated by an unfamiliar order may appear random to those who view it from the outside, but for those within – what is reality but a field of mutual hypnosis between present and future, viewer and viewed, denier and believer?

The seeker embarks on a journey through an underlying reality, as meaning is carried from symbol to symbol. Nature reveals itself to be a Dionysian hologram where consciousness pervades all matter. Existence and myth converge. In an effort to capture the image, the seer and seen must enter into true marriage, all the while knowing the union is temporary. It is an alchemy old and new, hermetic and digital, which spreads one’s subjectivity across multiple interfaces, as truth becomes at once both fleeting and absolute. Here, the distinction between paranoia and revelation is slight, and great strength is required to smuggle whatever gold you find back with you into the elemental world.

And in an atomic reality, wherefrom the imagination created the bomb – must not something within the imagination look like the bomb? That which becomes matter begins in the immaterial. Who could call mass nuclear anxiety anything but a collective wisdom? The color of Red Mercury, a future death-prophet’s Philosopher’s Stone, burns its thermal pigment into the mystic’s cyber-eye. Still, we must not be dwarfed by an otherworldly tide that would bring things to be and then shatter them to nothingness. The loss of Self must be countered, and a tether to this world must remain. The explorer must have something to return upon, alongside and with.

In her Resin Wall works, Nina Hartmann creates monuments to such explorers, while simultaneously revealing herself to be one. An image is suspended in the swirling realm of the resin, which is in turn shaped by its own parameters: the matter defines itself. At its core – the moment of contact – a form distilled in a dimensional field. In this way, the pieces become manifestations of the remote viewing process. The image turns the resin into an alchemical vessel, and the viewer into seeker. Through such remembrances, Hartmann invites us to join her in this psychic landscape, where the task of knowing the unknown becomes the same as that of knowing the knower. 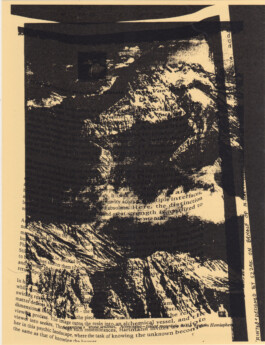 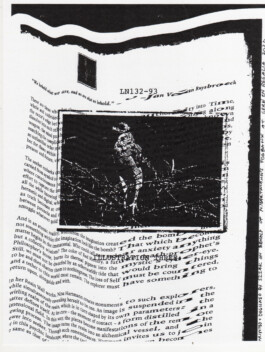